Remembering Freddie Bartholomew - Child Star in Films of the 1930's 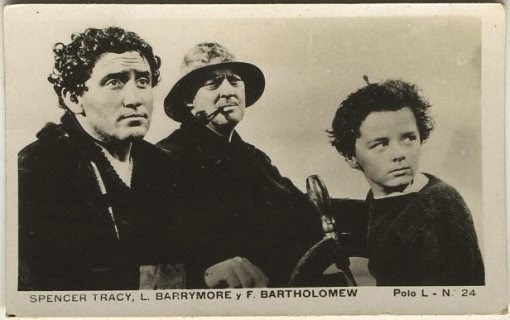 Freddie Bartholomew, a Hollywood child star whose name became synonymous with the proper, curly-haired little English boys he played in "David Copperfield" and "Little Lord Fauntleroy," died yesterday at Sarasota Memorial Hospital in Sarasota, Fla. His age was variously reported as 69 and 70. He lived in Bradenton, Fla.

Born in Dublin, Mr. Bartholomew was brought up by an aunt in Warminster in southern England, where he made his performing debut at age 4, reciting a poem at a church social. He later told interviewers that his aunt, Mylicent Mary Bartholomew, was so impressed by his stage presence and his ability to memorize that she took him on the rounds of British film studios and helped him get bit parts. Overnight Success at 10

M-G-M discovered him when he was 10 and signed him to play the title role in "David Copperfield." The film opened in 1934, and Master Bartholomew, as he was then reverentially called, became an overnight star.

After the success of "Little Lord Fauntleroy" (1936), in which he played a poor boy from Brooklyn who travels to England to gain his rightful inheritance, and "Captains Courageous" (1937), in which he played Kipling's spoiled boy who falls in with hard-bitten fishermen, his salary soared to $2,500 a week, making him the highest-paid child star after Shirley Temple.

So great was his fame in the late 1930's that it made headlines when he had his customary curls sheared off because he thought them "too sissified."

His years of stardom were also plagued by headlines generated by the efforts of his parents, Cecil and Lillian Mae Bartholomew, to regain custody of their son. The dispute was finally resolved in 1936 when it was agreed that he could continue to live under the guardianship of his aunt. His parents were given allowances for their living expenses from his salary. Life After Stardom

By 1939, when he was a gangling teen-ager, his days of stardom were over and he returned to school, having been adopted by his aunt.

In World War II he served with scarcely any public attention as a maintenance worker for a group of B-17 bombers. After his discharge, he appeared in vaudeville and nightclub shows, performed in summer theater and traveled widely, but he was never able to re-establish his acting career. Eventually, he moved into directing television shows in the United States.

In 1954, he went to work for the Benton & Bowles advertising agency in New York, eventually becoming a vice president. He handled the company's involvement in "The Andy Griffith Show" and other shows.

The millions of dollars he earned as a child had long since disappeared, he told an interviewer in 1951. Between the lawsuits involving his parents and movie studios, he said, "I was drained dry."

In all, he made 24 films. Looking back on his life as a star, he said the movie he most enjoyed making was "Captains Courageous." The film took a year to make, with much of it shot off the coasts of Florida and Catalina Island in California. "For a kid," he said, "it was like one long outing. Spencer Tracy, Lionel Barrymore, Mickey Rooney, Melvyn Douglas and I -- we all grew very close toward one another in those 12 months. When the shooting was finished, we cried like a bunch of babies as we said our good-byes." 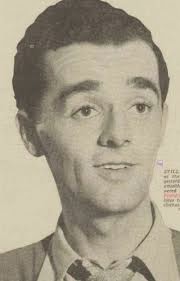 In addition to his stepdaughter, he is survived by his wife, Elizabeth; a daughter, Katie, of Santa Fe, N.M.; a son, Frederick, of Coral Springs, Fla., and three grandchildren.

Photo: Freddie Bartholomew with W. C. Fields in "David Copperfield." (Metro-Goldwyn-Mayer, 1934)
Posted by Kenneth Howard Smith at 6:09 AM No comments: 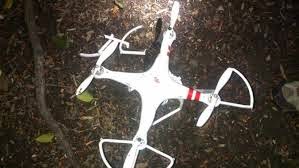 SZ DJI Technology, which sells most of its drones online, is working with the U.S. and Chinese governments on regulations for unmanned flights.
(Bloomberg)— SZ DJI Technology Co., Chinese maker of the drone that crashed on Barack Obama’s lawn last month, plans to double sales in 2015 as it pushes for clearer regulations on unmanned flights.
DJI, which mostly sells online, is working with the U.S. and China governments on rules for commercial and recreational uses of its aircraft, CEO Frank Wang said. The company plans to open its own store in Shenzhen this year before expanding across China.
Wang wants to capitalize on growing demand for drones to monitor public safety, shoot film footage and search disaster areas. The company he founded in 2006 now has about 2,800 employees, including in Beijing and Los Angeles, and is worth “significantly more” than the 10 billion-yuan ($1.6 billion) valuation it received last year, he said.
“We want our consumers to say, ‘Wow, this is a product that I’ve never seen,’” Wang, 34, said at DJI’s Shenzhen headquarters. “Our goal is to make products that can override the ‘Made in China’ label.”
DJI is in talks with new investors for funding, Wang said, declining to elaborate. He prefers keeping the company independent, and holding an initial public offering is a long-term goal.
The company generated 2013 sales of $130 million, a figure it said at least tripled last year. Wang declined to give an estimate for this year’s revenue.
White House
DJI offers drones for about 3,000 yuan to 17,999 yuan, with about 30% of sales coming from the U.S. and 20% from China, Wang said.
“We want to improve our products’ safety and functions so they can cater to entry-level users,” said Wang, who started DJI while studying for his master’s degree in computer science at Hong Kong’s University of Science and Technology.
The global market for unmanned aerial vehicles is expected to almost double to $11.4 billion during the next decade from $6.6 billion in 2013, according to the Teal Group. Obstacles for drone makers include government concerns about clogged airspace and potential terrorist attacks.
Obama stressed the need for rules governing drones after a pilot lost control of his DJI-made Phantom and crashed it on the White House grounds Jan. 26. DJI released a software update it said would prevent drones from breaching the no-fly zone above Washington.
Alibaba, Amazon
Separately, Amazon.com Inc. said it would begin testing drone deliveries overseas while awaiting approval from the U.S. Federal Aviation Administration for trial flights in Washington state.
Authorities in Beijing also are considering new drone rules after Alibaba Group Holding Ltd. and partner Shanghai YTO Express Logistics Co. delivered ginger tea packets to customers there, people familiar with the matter said. Before the Feb. 4 promotion, Alibaba and YTO said they believed the deliveries complied with the law.
Wang said DJI requires customers to register with the company, though it doesn’t share that information with the government. DJI is in talks with Chinese regulators about whether customers have to register with the government, Wang said
DJI’s aircraft include the Phantom 2 Vision, its first four-bladed drone with cameras of its own design. The Phantom -- with distinctive stripes that make the fuselage look like four bowling pins are attached -- has been a hit with video enthusiasts and celebrities.
Chinese actress Zhang Ziyi, who starred in “Crouching Tiger, Hidden Dragon” and “Rush Hour 2,” received a diamond engagement ring delivered with a Phantom 2 Vision+ summoned by her musician boyfriend Feb. 7, according to Sina.com.
“I never thought they’d be so ubiquitous,” Wang said.
Posted by Kenneth Howard Smith at 12:44 PM No comments:

The retailer is pouring millions into improving Walmart.ca.
Wal-Mart Stores Inc. waded a little deeper into the online grocery market this week, giving consumers in two more markets the ability to order groceries online and pick them up curbside at no additional cost.
Walmart Grocery (formerly called Walmart To Go) is newly available at three stores in the Phoenix area and at two stores in the Huntsville, AL, area. A third store in Huntsville will offer online grocery ordering soon, a Walmart spokesman says.
The expansion brings the total number of test markets for Walmart Grocery to five. The others are San Jose, CA; Denver; and Bentonville, AR, where Wal-Mart is based. In Denver, consumers have the option to have orders delivered to their homes for a fee or pick them up at the store for free. Wal-Mart says the prices for goods ordered online are identical to what consumers would pay if they shopped at that local store. Wal-Mart launched online grocery sales in 2011 in San Jose.
Wal-Mart this week separately announced it is investing C$35 million ($28.1 million) to expand and improve Walmart.ca, its e-retail site for Canada. It did not provide details on how that money will be spent. It is investing a further C$75 million ($60.3 million) to build additional distribution centers to expand its fresh food and e-commerce capacity in Canada. Wal-Mart has not finalized where those centers will be. Walmart.ca gets about 400,000 daily visitors, according to the company.
Canadian shoppers were expected to spend C$22.3 billion ($19.8 billion) with online retailers last year, according to Forrester Research estimates. That spending is expected to grow at a compound annual growth rate of 12.3% through 2019. Web sales currently account for approximately 6% of total retail spending in Canada; it is expected to account for 10% of retail spending by 2019.
Wal-Mart said in October that it will spend approximately $1.2 billion to $1.5 billion on e-commerce and digital initiatives during its 2016 fiscal year, which started at the end of January. It will report full-year 2015 results next week, but has said it expects to close the year with $12.5 billion in e-commerce sales globally.
Wal-Mart is the fourth-largest e-retailer in Internet Retailer’s Top 500 Guide, which ranks e-retailers by their web sales in North America. Wal-Mart and its subsidiary holdings also rank highly in other regions of the world. It is No. 4 in Latin America, No. 8 in Asia and No. 11 in Europe.

Posted by Kenneth Howard Smith at 7:29 AM No comments: 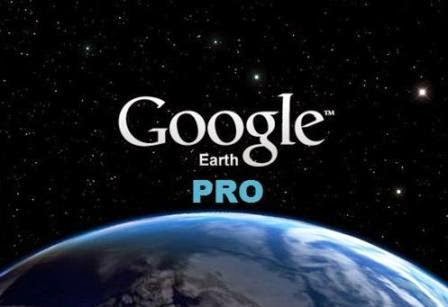 Over the last 10 years, businesses, scientists and hobbyists from all over the world have been using Google Earth Pro for everything from planning hikes to placing solar panels on rooftops. Google Earth Pro has all the easy-to-use features and detailed imagery of Google Earth, along with advanced tools that help you measure 3D buildings, print high-resolution images for presentations or reports, and record HD movies of your virtual flights around the world.

Starting today, even more people will be able to access Google Earth Pro: we're making it available for free. To see what Earth Pro can do for you—or to just have fun flying around the world—grab a free key and download Earth Pro today. If you're an existing user, your key will continue to work with no changes required.
Posted by Kenneth Howard Smith at 5:40 AM No comments: